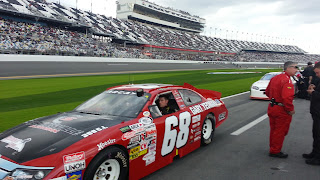 Daytona Beach, FL (February 16, 2013) Discouraging is the key word for the conclusion of the Lucas Oil 200 at Daytona presented by MAVTV American Real, for Kimmel Racing. “It’s just upsetting when you go into an event  as a low budget team, and perform equal, if not better as the teams with more resource’s and end the race tore up in the garage,” says Will Kimmel.  Will is the driver of the #68 Ford Fusion for Kimmel Racing. He started the race in the 20th spot and quickly found his way into the top 15 within a couple laps.  Wills ability to put himself in the right position allowed him to put the Gary Yeomans Ford into the top 5 when the uncontrollable happened. As he entered turn 3, his left rear Hoosier tire exploded, ripping out the left rear window and C-post, sending debris into the cockpit.  “I thought the driveshaft was coming at me, with all that was flying around in the car,” declares Will.  “It was just an unfortunate situation that I had no control over. “ 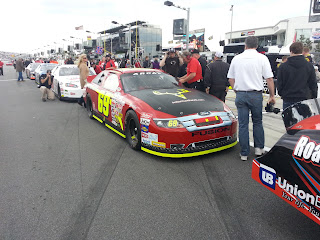 Will Kimmel’s bad luck was not the only low for Kimmel Racing. The other Ford Fusion driven by Steve Kemp was involved in a wreck that he too, had no control over. “I came down pit road to avoid the wreck that was occurring, as I was exiting, a car came down across the track and collected me,” says Kemp.  Steve was settling in, drafting mid-pack, when the caution came out.

Although, Kimmel Racing produced two strong cars that were exceptional in the draft, they wound up finishing 33rd and 37th. “There’s nothing you can do when things like this happen, we’ll just pack up and head home and work on the next race,” says Crew Chief and Owner Bill Kimmel.

Kimmel Racing will enter the next ARCA series race at Mobile International Speedway on March 9th.
Posted by Kimmel Racing at 6:00 PM No comments:

We would like to thank everyone who supports Kimmel Racing: 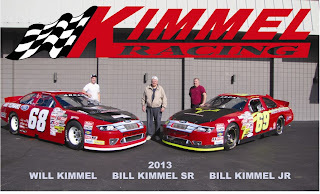 Posted by Kimmel Racing at 9:38 PM No comments: 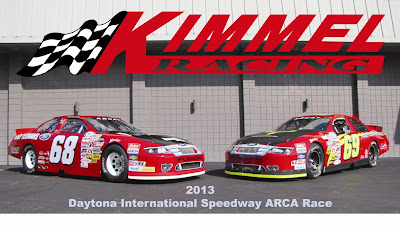 Posted by Kimmel Racing at 6:00 PM No comments: