Will Kimmel Tops First Salem Practice - at a Cost


Posted by Kimmel Racing at 4:00 PM No comments:


Posted by Kimmel Racing at 4:30 PM No comments:


Posted by Kimmel Racing at 9:00 AM No comments:

(TALLADEGA, Ala. - April 18, 2012) - Two scheduled sessions turned into one after morning rain delayed the start of the second day of open testing at Talladega Superspeedway, and Will Kimmel led the pack.

The two drivers were the only competitors to eclipse Bobby Gerhart's Tuesday-leading speed of 180.228 mph. Gerhart did not participate Wednesday.

Some gains are to be made, however, if any driver is to match last season's pole speed by Ty Dillon. Dillon earned the Menards Pole Award presented by Ansell in 52.134 seconds last year; seven drivers qualified in under 52.6 seconds.

Posted by Kimmel Racing at 7:00 PM No comments: 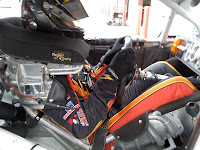 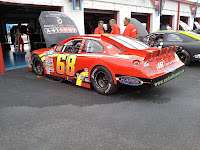 Posted by Kimmel Racing at 6:14 PM No comments: 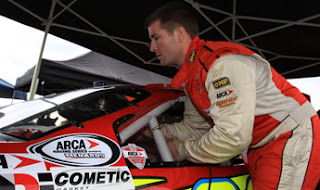 (TALLADEGA, Ala. - April 18, 2012) - Will Kimmel, who finished third at Daytona International Speedway and figures to contend at Salem Speedway - his home track - on Sunday, April 29, will speak with motorsports radio host Larry Henry tonight on Pit Pass USA. Henry and Kimmel spoke while Kimmel tested today at Talladega Superspeedway.
The interview will feature an interesting twist, as the two connected while Kimmel sat in his race car, ready to make a mock qualifying lap on the 2.66-mile oval. Henry called an interview of that type a first for the show.
Kimmel, who drives the No. 68 Ford for his family's team, is currently eighth in driver points. The show, which begins at 7 p.m. and airs on the VoiceAmerica Sports Channel, can be located on the web by clicking here.
ARCARacing.com will feature live coverage from the Kentuckiana Ford Dealers 200 at Salem Speedway next Saturday and Sunday, April 28 and 29.

From arcaracing.com
Posted by Kimmel Racing at 4:40 PM No comments:

Will Kimmel with Kimmel Racing took some test laps at Salem Speedway in his Ford Fusion ARCA car
Posted by Kimmel Racing at 8:00 PM No comments: 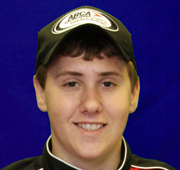 (SALEM, Ind. - April 6, 2012) - Sixteen-year-old Austin Rettig of Sikeston, Mo. became the first ARCA Racing Series presented by Menards driver to turn laps this season at Salem Speedway, which will host the Kentuckiana Ford Dealers 200 on April 29.
Rettig is testing today at the 0.555-mile oval in southern Indiana, and he's just the first of a long line of testers who will practice at the track in the coming weeks. In addition, the race track is hosting an open test session tomorrow for all of the traveling series which will compete at Salem this season.
Bill Kimmel, who has seven wins at Salem as the former crew chief for brother Frank Kimmel, is on site with Rettig today. Though Rettig's family owns his car, Kimmel hopes to lend some knowledge to Rettig with the intent of the 16-year-old making a race and truly competing for the first time in an ARCA car.
"We're here with Austin Rettig and he's doing very well," said Bill Kimmel. "Our goal is to make the race on speed and right now, we've got him comfortable in the car and going fast enough where he would be comfortably in the field."
Twenty-one cars are now entered for the April 29 race, the third of ARCA's 60th Anniversary Season. The full entry list as it stands today is available by clicking here.

Posted by Kimmel Racing at 4:00 PM No comments: